Scottsdale, AZ -- (SBWIRE) -- 03/23/2012 -- Acort International, one of the top distributors of independent films in the global marketplace, recently acquired creature feature horror film "Lost Woods" for international distribution. A June 5th, 2012 North America DVD release has been secured through Midnight Releasing and the film has been enjoying a limited North American theatrical run beginning in March. "Lost Woods" is also slated for a May, 2012 North American cable/satellite VOD run. Other distribution plans are currently in consideration and most worldwide rights are still available. Interested parties should visit Acort International's website for more information and to contact our sales team.

About the film
"Lost Woods" is a gripping and visually stunning horror/thriller film focused on a group of re-acquainted friends who go on a camping trip in the remote Pacific Northwest, only to be hunted by human enemies, a mysterious sasquatch-like creature, and ultimately the "beast within."

Robert Hood of the Undead Backbrain blog writes, "Another excellent independent production... with high levels of creativity and enthusiasm."

About Acort International
Acort International was launched in early 2010, however the combined industry experience within the company is well over 40 years. Our executives attend almost every major film market and have distributed films in 25 territories worldwide and hundreds of countries. We are committed to staying on the forefront of next generation distribution methods and marketing campaigns, and we strive to find new and better methods to service our clientele. 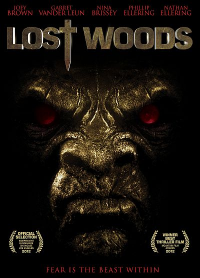