Embark on a Journey With Sue Discovering Answers to That Hot Topic “What is Normal?”

Author Virginia (Ginny) Scales-Medeiros explores the eternal question, "What is Normal “What is Normal?” is a dramatic fictional novel based on the inspiring true story of Sue. Normal for Sue growing up was being a teenage high school dropout of teenage parents, being molested by a relative, backwoods living, strict Baptist upbringing, poorly made clothes, even living in a trailer that is now a chicken coop. Later, normal is discovering the power of lying, stealing, alcohol, and drugs. Normal is mastering the art of selling, making headline news, patenting a new invention and landing in a movie, reaching in the end not a "normal", but an authentic life.

Author Virginia (Ginny) Scales-Medeiros is a entrepreneur, inventor and marketing consultant. She said current events helped inspire her to write "What is Normal?" She wanted to write a story that would motivate people to overcome their blocks and find their true callings. Experience the emotional roller coaster as you go through the book and explore the trials & tribulations of Sue's journey. The book has received none other than raving & 5 star reviews nationwide. This comes at a time in our society where child molestation is topping the news such as the Penn State scandel and many more. Many will relate to her book.

“When I see things like the Occupy Wall Street movement, Occupy Together,” said Scales-Medeiros, “millions of people must be asking themselves, "What is Normal?" What they need to do is work on their own dreams; get away from what society and the media are trying to feed us, and find what is real for them, like Sue in the book."

Scales-Medeiros was born and raised in rural upstate New York and now resides in the San Francisco North Bay Area. Finishing only the ninth grade and getting her GED, she went on to become an entrepreneur, a real-estate investor, an inventor with multiple patents, and an advocate for animal rights. Ginny proves no matter what hardship you face in life, with determination, preserverance & faith nothing is impossible. With her first invention, she won first place in the New Woman Magazine Contest For New Ideas. A successful marketing consultant in the auto industry, she applied her experience and created over a million dollars of free publicity for her sunless tanning invention, including on-air guest appearance's on QVC. As a consultant for ZAP, an electric car company, she started driving electric cars and let go of her gas auto completely, earning a role in the 2011 documentary, “What is the Electric Car?" As you can clearly see Scales-Medeiros is on her way to becoming a household name and an inspiration to many taking her place as a literary icon! 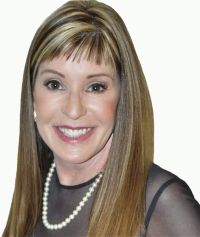