Optimizing the newly-discovered process of Ali Javey in manufacturing solar cells would take time. But its promise to be a basis for an advanced type of solar cells made of multiple semiconductor materials bring excitement to the solar panel industry.

Norwich, England -- (SBWIRE) -- 10/23/2014 -- A professor of electrical engineering and computer sciences at the University of California at Berkely discovered something that could be a game changer for solar cells.

The study conducted by Ali Javey found a new way to produce the most efficient and most powerful type of solar cells that could potentially be a less costly way. The said innovation is bound to create a cheaper way of manufacturing better-performing semiconductors that are as cheap as the conventional ones.

Enhancing the competence of inexpensive solar cells will be vital for making solar power viable with fossil fuels. Smaller quantities of cells would be required, reducing costs for materials and installation, a big chunk of the total cost of solar power. Early assessments suggest solar cells made from the materials would have an efficiency of probably 25%, which is far better than conventional silicon solar cells (and are less than 18% efficient).

Early findings by the National Renewable Energy Laboratory advocates Javey’s cells that could be manufactured as economically as the conventional ones.

Currently, the most efficient solar available that can be found are made from III-V semiconductors which are made up of gallium arsenide and indium phosphide. However, producing solar cells from these said materials requires the use of costly crystals of the semiconductor materials that would later on be exposed to vapors producing thin films needed for a solar cell.

Ali Javey’s work enabled the growth of thin films for solar cells on top of a cheap material which can either be a glass or a sheet of metal. The process entails less cost of vapors as what is being normally used. The said process is also more efficient as compared to the traditional process while enhancing waste reduction.

The innovation in the field of producing solar cells that would potentially bring in a large percentage of reduction in solar panel prices is still at an early stage. Optimizing the process would take time but its promise to be a basis for an advanced type of solar cells made of multiple semiconductor materials bring excitement to the solar panel industry. 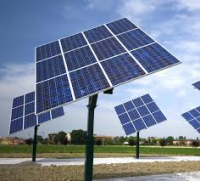 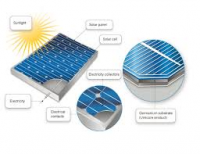 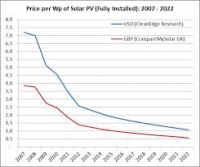