Sydney, Australia -- (SBWIRE) -- 06/02/2011 -- In a recent report released by ReverseAustralia.com, there has been a scam going on over the last several months that has already tricked thousands of internet users out of their hard earned money.

The scam is based on the good name of Microsoft, and comes with all the warning signs of a tried-and-true telephone scam. First, the target is given an unsolicited call from India, and then an over-zealous customer service rep tells them that their computer is one step away from death and the solution can only be obtained with a whopping credit card charge.

By calling internet users, especially those that don’t have a lot of knowledge about indian telemarketing scams, the system has been surprisingly successful. After all, when people hear the name “Microsoft” they tend to swing open their doors without question.

The scam starts with the customer service representative asking the victim if their computer has been running slow (which surprisingly most people answer “yes” to). Then, when they get the answer they are looking for, they suggest that their computer might be infected with viruses. The scam hits its stride when the representative has the victim log into a database and proceeds to show them that their computer has dozens of warning signs that a virus attack is eminent. Finally, when the victim is adequately primed, they have him/her log onto an online database which gives the scammers access to his/her computer.

Of course, these types of scams are rampant on the internet today. But it is the “untouchable” nature of this particular scam that has allowed it to be so effective. According to the website, “Due to the permission given by the scammed, it is also difficult to prosecute, not to mention the scam is being carried out from India.”

The average victim gets duped out of as much as $400, but what is most disconcerting for victims is that the scammers have access to their sensitive information. The whole process usually requires a new computer, or at least a new system to make sure there that no unwanted visitors are lurking inside.

A visit to the website “Reverse Australia” gives a detailed explanation of the scam, complete with a video that shows a real scam in action. The video flirts with hilarity as the “victim” strings the customer service representative along, but the seriousness of the situation is revealed when the scammer happily tries to gain access into his computer. The representative is so nonchalant about the whole thing that one must wonder if she even knows what she is doing, but regardless of how the scam works, internet users in Australia should be extremely careful with unsolicited calls that originate from overseas. To learn more about the Indian Microsoft Telemarketing scam, please visit: http://blog.reverseaustralia.com/indian-microsoft-telemarketing-scam/105/ 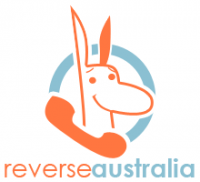