The Ambassador of JOY Barry Shore and Michael Gelb Talk about the Worlds Innovators, Creativity, and Corporate Culture in the 21st Century

Phoenix, AZ -- (SBWIRE) -- 02/18/2019 -- VoiceAmerica, the leader in online media broadcasting and the largest producer and distributor of live internet talk radio, today announced the upcoming interview with Barry Shore and Michael Gelb. The episode played live on VoiceAmerica.com on Tuesday, February 12th and can be found here, on VoiceAmerica at https://www.voiceamerica.com/show/3826, www.VoiceAmerica.com , www.BarryShore.com and VoiceAmerica mobile, is centered on the role of consciousness and spirituality today and how science will advance these practices in years in come.

Barry commented, "Michael brings out the Genius in others. My favorite quote from Michael is: 'a champion views resistance as a gift of energy.' And we know that everyone has the potential to be a champion." Barry added "You will enjoy this intimate interview with Michael and it may change your life. CEO's, inventors, and creative thinkers, come one, come all!"

The Ambassador of JOY, Barry Shore, interviews the pioneer of executive coaching and the most famous person in the fields of Creativity, Innovation, Leadership; Michael Gelb. Get ready for a powerful positive purpose filled hour of inspiration and motivation. Michael has authored 16 books, has trained thousands of people at the most powerful institutions in the world and LOVES helping people realize their "inner DaVinci". YES, Michael helps US recognize the genius of Leonardo Da Vinci and that such genius resides in every person, albeit in various levels. You don't want to miss hearing this action-packed discussion with insights that You can put into ACTION. NOW. Working Miracles in YOUR Life is what Michael Gelb and Barry Shore bring to YOU. The JOY of LIVING has only ONE purpose: to be of benefit to YOU. Tune in. Listen closely. Utilize the insights. and SHARE with at least 5 people You care about. and even ones You don't because when they hear this YOU will bring closeness. Enjoy!

About Michael Gelb
The world's leading authority on the application of genius thinking to personal and organizational development, Michael J. Gelb is a pioneer in the fields of creative thinking, executive coaching and innovative leadership. His clients include DuPont, Emerson, Genentech, KPMG, Merck, Microsoft, Nike and YPO. Michael co-directed the acclaimed Leading Innovation Seminar at the Darden Graduate School of Business for more than 10 years and also teaches for the London Business School and is a Professor of Practice in Creativity and Innovation at Shiv Nadar University in India.

Michael is the author of 16 books including How to Think Like Leonardo Da Vinci, Discover Your Genius, Innovate Like Edison, Wine Drinking for Inspired Thinking, The Art of Connection: 7 Relationship Building Skills Every Leader Needs Now, and his newest release is The Healing Organization: Awakening the Conscience of Business to Help Save the World, co-authored with Professor Raj Sisodia. Michael's books have been translated into 25 languages and have sold more than one million copies.

In 1999 Michael was honored as "Brain Of the Year" by the Brain Trust Charity – Other recipients include Steven Hawking, Garry Kasparov and Edward De Bono. In 2003 he received a Batten Fellowship in Innovation from The University of Virginia. He is also a gifted teacher of the Alexander Technique, a 5th degree black belt in aikido and is a professional juggler who has performed with the Rolling Stones. www.michaelgelb.com 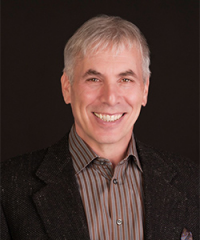 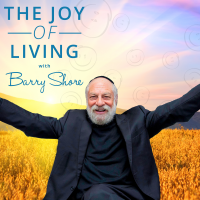